Kristen Stewart used to make herself ill if she wasn't in control because she felt ''constantly anxious''. 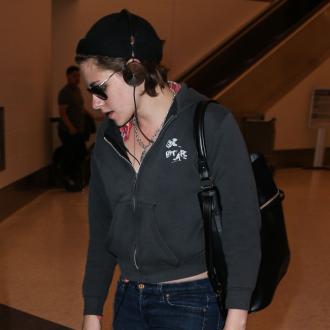 Kristen Stewart used to make herself ill if she wasn't in control.

The 25-year-old actress struggled to cope with her ''intense'' early success and was ''constantly anxious'' worrying about what could happen.

She said: ''Between ages 15 and 20, it was really intense. I was constantly anxious. I was kind of a control freak. If I didn't know how something was going to turn out, I would make myself ill, or just be locked up or inhibited in a way that was really debilitating.''

Kristen - who causes a scandal in 2012 when it emerged she had cheated on then-boyfriend Robert Pattinson with her 'Snow White and the Huntsman' director Robert Sanders - admitted she has become more ''feral'' and less concerned about her image in recent years.

''Speaking very candidly, it was a really traumatic period in my early 20s that kick-started something in me that was a bit more feral.''

And the 'Twilight Saga' actress - who is rumoured to be dating her assistant Alicia Cargile - is ''proud'' she is learning to be a ''smarter and calmer'' person.

Speaking to America's Marie Claire magazine: ''I'm really proud that I am able to move forward and not fall into every mental crater. That's a new thing for me. Age has made me smarter and calmer. And it is f***ing awesome.''