Kristen Stewart has been named the least sexy actress in Hollywood, beating the likes of Sarah Jessica Parker, Lindsay Lohan and Mischa Barton to the unwanted title. . 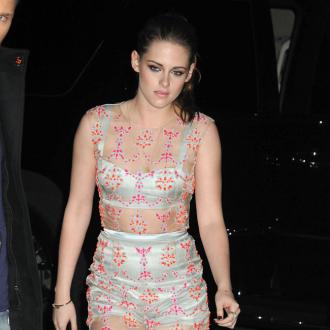 Kristen Stewart has been named the least sexy actress in Hollywood.

The 'Twilight Saga' actress - who was embroiled in a scandal last year when she cheated on her co-star and boyfriend Robert Pattinson with 'Snow White and the Huntsman' director Rupert Sanders - earned the dubious distinction in a poll of British men ahead of the Academy Awards on Sunday (24.02.13), beating the likes of Sarah Jessica Parker and Lindsay Lohan.

A spokesperson for Men's gadget website Menkind.co.uk, which conducted the poll, said: ''Our Oscars poll has been a fascinating insight into the minds of British men. It's shown that sexiness is far more than appearance.

''They were turned off by volatile and moody actresses as well as ice queens. And they don't want to see unhealthily skinny starlets on the big screen.''

Elsewhere, while they may be Oscar winners, Hilary Swank and Tilda Swinton received less esteemed honours this awards season, came seventh and ninth in the poll respectively.