Kristen Stewart is said to have snubbed director Rupert Sanders' attempt to reach out to her after their affair last summer as she wants to focus on her relationship with Robert Pattinson. 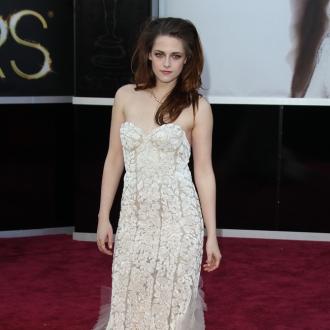 The 'Twilight' actress has been inundated with pleading texts and emails from her 'Snow White and the Huntsman' director - with whom she had an affair last summer, leading to the breakdown of his marriage with Liberty Ross - but has snubbed his messages as she is so ashamed of her ''momentary indiscretion'' and the hurt she caused her on/off boyfriend Robert Pattinson.

A source told RadarOnline.com: ''Rupert's reached out to Kristen, but she doesn't want anything to do with him. He texted her a number of times after Liberty filed for divorce, however Kristen didn't respond.

''In truth, she regrets ever getting involved with Rupert, because of how much it hurt Robert and the amount of public backlash she was subjected to.''

The 22-year-old starlet and her long-term love Robert are thought to be working on their relationship from afar while he films his new western movie in Australia.

Although she worries her romance with the handsome 'Cosmopolis' actor is ''in limbo'', she is apparently certain her dalliance with Rupert is over for good.

The insider added: ''Kristen doesn't really know what's going on with her and Robert at the moment, and she's been left in limbo. Ideally, she would like things to go back to how they once were, but that's proving a lot more difficult than she imagined.

''But when it comes to Rupert, that ship has sailed.''

British model Liberty recently filed for divorce from her husband Rupert and asked for joint custody of their children, Sykla, seven, and Tennyson, five.