Kristen Stewart admits she is a ''miserable'' and never sure when she is happy. 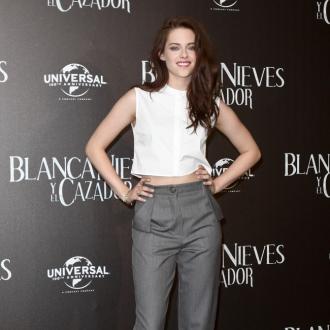 The 22-year-old actress - who recently split from her 'Twilight' co-star and boyfriend Robert Pattinson after she was caught cheating with 'Snow White and the Huntsman' director Rupert Sanders - admits she occasionally finds happiness when she is pushing herself ''to the limits,'' but otherwise tends to be sad.

She said: ''I'm a miserable ****! I'm not sure if I'm most happy when I'm comfortable and content or when I'm pushing myself to the limits. There are such different versions of happy. And I really appreciate both.''

Kristen has found success in several movies including the 'Twilight' franchise since starring as Jodie Foster's diabetic daughter in 2002 thriller 'Panic Room', but if she hadn't become an actress then the 'On the Road' star says she would go back into education and reconsider her options.

She added to Britain's Marie Claire magazine: ''I'd probably go back to school, read a lot and figure out what I should do.''