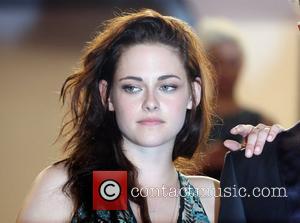 Kristen Stewart has placed at No.15 on Maxim's Hot 100 List for 2012, though some Twitter fans of the actress have argued that she should have at least made the Top 10. For the first time in its history, Maxim decided to let readers weigh in on the results, though they clearly didn't think Stewart deserved a place at the business end of the list.

Other surprises this year included the jailed American student Amanda Knox (92nd), who was subsequently found not guilty of murdering Meredith Kercher in Italy. Television host and political commentator Stephen Colbert was bizarrely named 69th hottest 'woman' in the world, and even Family Guy's Lois Griffin made the list, beating the likes of Miley Cyrus and Sofia Vergara. Not making this year's Top 10 probably won't concern Kristen Stewart too much - the actress has always kept her personal life intensely private and often shuns the diamonds and pearls of the red-carpet in favour of sneakers and slouchy tops. She has a couple of movies set for release in 2012 - most notably, 'Breaking Dawn - Part 2', the final movie in the huge grossing franchise. Her latest movie 'On the Road' - an adaptation of Jack Kerouac's classic novel - premiered at the Cannes Film Festival this week.