Kristen Stewart discussed her first kiss and split from Robert Pattison in a recent interview.

Kristen Stewart’s first kiss was “horrible”, the 25-year-old actor revealed during a recent interview in which she discussed her latest film, Equals. Stewart’s character in Equals shares her first kiss with Nicholas Hoult’s character. During the interview, Stewart shared details of her own first kiss and it doesn’t sound like it was a very pleasant experience! 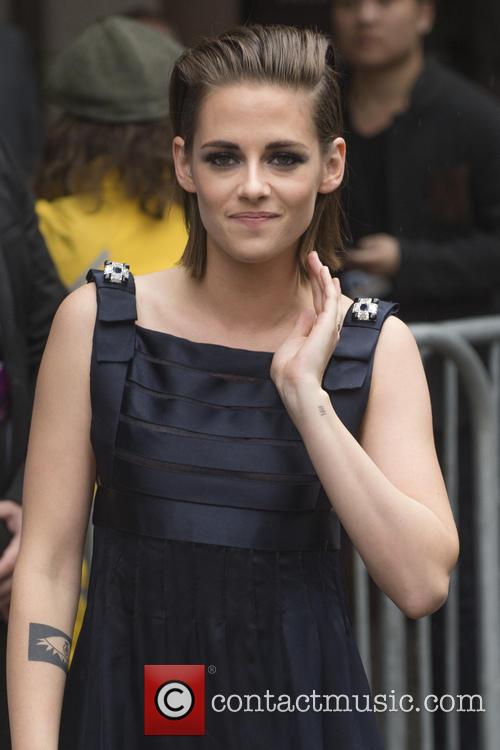 Kristen Stewart at the premiere of Equals at the TIFF in September 2015.

“Yes, absolutely! It was horrible! It was so bad. It was fucking repulsive. I was 14 and it was gross. It was not good,” Stewart said when asked if she remembers her first kiss. “But the first time something in you opens up and affects your entire body and has this control over you, it’s scary because there’s this chemical that’s released that you become addicted to. It literally feels like you don’t have free will anymore. I know that fucking feeling.”

Stewart and Hoult star together in Equals. The film, which was shown at the Toronto International Film Festival earlier this week, is set in a futuristic society where humanity has rid itself of all emotion. Stewart and Hoult star as two people who have SOS ‘Switched on Syndrome’, meaning they can feel emotions. Their characters fall in love and they must go on the run or be killed. The film, directed by Drake Doremus, also stars Guy Pearce.

In the interview, Stewart also discussed her split from her Twilight co-star, Robert Pattinson. The former couple, who played on-screen love interests in the hit movie franchise, began dating in 2008. They ended their relationship in 2012 after pictures surfaced of Stewart kissing Snow White and the Huntsman director, Rupert Sanders.

Hoult also separated from his girlfriend and X-Men co-star, Jennifer Lawrence, last year. Stewart claimed this was one thing which had helped them bond during filming. They also used the emotions they had experienced during their heartbreaks in the film.

“It was incredibly painful,” Stewart told The Daily Beast. “Ugh, f**king kill me. It was a really good time for both of us to make this movie. Not all of my friends have been through what I’ve been through, or what some people have tasted at a relatively-speaking young age, and we were not expected to do anything. Everything that we did was explorative, and a meditation on what we already knew.”

“We all felt akin by how much we’ve been through, and to utilize that is so scary. And to acknowledge it, reassess, and jump back into it? Usually you want to move on. But at least we could use some of that for some good.”