The girls apparently started dating during the filming of 'Lizzie'.

It looks like Kristen Stewart's relationship with St. Vincent is over because the actress is reportedly now dating Victoria's Secret model Stella Maxwell. Stewart has been filming a new thriller entitled 'Lizzie', and Stella has been visiting her on set in Savannah, Georgia. 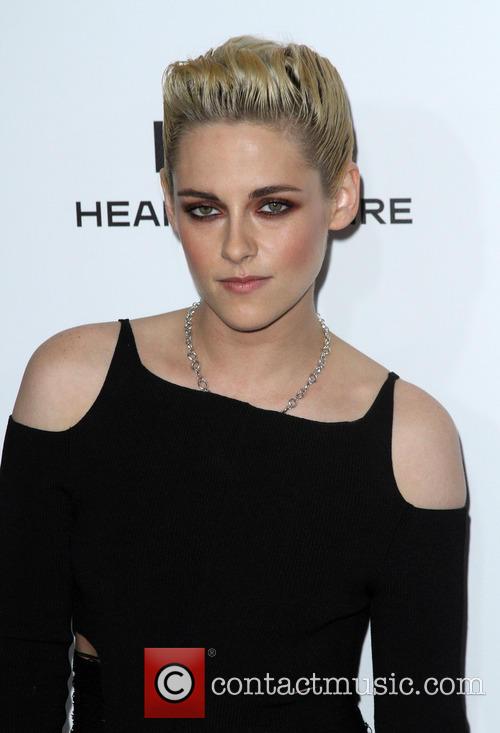 In October, it was revealed that the 'Personal Shopper' star was in a relationship with singer Annie Clark (also known as St. Vincent), but it seems in recent weeks their romance has fizzled out and Stewart now only has eyes for model Stella Maxwell. However, sources suggest that their new relationship status isn't especially serious.

'Kristen is dating Stella Maxwell', a source told People. 'They are having fun.'

'When Kristen filmed in Savannah, she spent several days together with Stella, who came to visit her', another source revealed. 'She was with Kristen on the set most days and seemed to have fun. Kristen also seemed very happy with Stella around. They weren't affectionate, but definitely acted very friendly and like they had the best time hanging out. Stella seems very easy going. She is always very smiley and has a cute personality.'

The pair were spotted together in Georgia in between Stewart's filming schedule for 'Lizzie'; a biopic film about an alleged murderess who apparently murdered her father and stepmother in 1892. Stewart plays a character called Bridget Sullivan, while Chloë Sevigny has the titular role. There are even reports that Maxwell and Stewart have been staying together in Los Angeles.

They were first rumoured to be dating back in May this year when they were seen spending time together during the 2016 Met Gala party and subsequently leaving together. Stella was reported to be dating popstar Miley Cyrus in 2015, while Kristen Stewart has also famously dated her 'Twilight' co-star Robert Pattinson, French musician Soko (Stéphanie Sokolinski) and her former assistant Alicia Cargile.