Kristen Stewart And Chloe Sevigny Are In Talks To Team Up And Revisit The Grisly Murders Of The Borden Family. 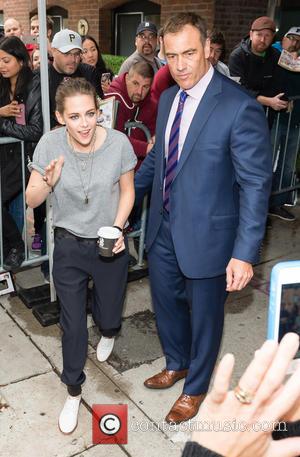 Sevigny will portray Lizzie Borden, who was tried and acquitted of murdering her father and stepmother with an axe in 1892, while Twilight star Stewart is in talks to play the family maid, Bridget Sullivan, who testified in court.

Waste Land director Pieter Van Hees will helm the movie, which will explore the events that led up to the night of the axe murders, according to The Hollywood Reporter.

The drama became a headline-grabbing story and inspired the children's rhyme 'Lizzie Borden took an ax/and gave her mother 40 whacks/When the job was finally done/gave her father 41'.

The Borden murders have been adapted for TV and film, most recently the 2014 TV movie Lizzie Borden Took an Ax, starring Christina Ricci as Lizzie and Clea Duvall as her sister Emma.

The movie premiered on America's Lifetime network in January, 2014 and became an instant hit, prompting executives to greenlight a follow-up series.

Ricci and Duvall reprised their roles as the Borden sisters for mini-series Lizzie Borden: The Fall River Chronicles, which hit TV screens earlier this year (15).