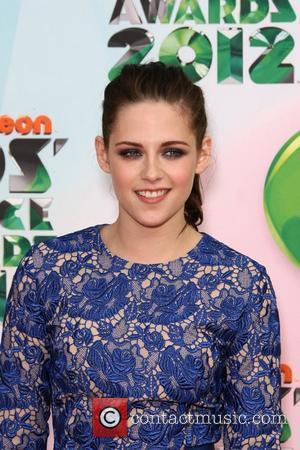 Kristen Stewart celebrated her 22nd birthday in style on Saturday night (April 7, 2012), according to E! News. Kristen and her Twilight co-star Robert Pattinson enjoyed a sophisticated evening sipping cocktails and taking in a burlesque show in L.A. Meanwhile, the young actress received a couple of video birthday messages from her celebrity pals, Charlize Theron and Chris Hemsworth.
An insider from the ultra hip Harvard and Stone nightclub divulged to E! News that Kristen and R-Patz both showed up looking relatively casual. Kristen was sporting "a black hoodie, black leather jacket and skinny jeans," whilst Robert was unshaven and wearing an Adidas shirt. They decided against dancing along to the vintage music, in the Prohibition-style bar, choosing instead to chat with friends and sip their drinks. "Kristen seemed happy to just catch up with her girlfriends," said one of the witnesses. "She didn't dance at all. Neither did Rob. But their friends were really enjoying the music." Another added "The bar had a burlesque show which took place every 30 minutes and they were watching that."