The Guantanamo Bay-set drama is the talk of Sundance, but Stewart has admitted that she was worried it could be a career-ruiner

Kristen Stewart will look to cast off the shackles of her Twilight past once more in the new film Camp X Ray. The film premiered at the Sundance Film Festival earlier this week and has so far received relatively positive reviews (it currently holds an 8.1 rating on IMdb), yet Kristen has admitted that it is a film that she thought may bomb thanks to her unconvincing performance. Kristen's performance has been singled out for praise by some critics

The actress spoke to MTV News this week about her concerns about the film, concerns that she was not a worthy enough actress to play the conflicted young soldier stationed at Guantanamo Bay who goes on to befriend an inmate of eight years. The young actress has admitted that during film and before the film premiered at the festival this week that she was worried people would struggle to buy into her character and that they were likely to write her off straight away.

What else has been on offer at Sundance this week

"I was so nervous when I first started working and preparing because I didn't think that people would believe me or think that I looked tough in a uniform," she said, "that I could do that job, that I could wrangle detainees that are massive and scary."

With the film currently being swooned over by some critics, Stewart's worries will have hopefully been put to rest and now she can start worrying about how people react to her next few roles. Stewart has a busy 2014 ahead of her and in addition to the release of Camp X Ray Stewart will also be seen opposite Glenn Close and Michael K. Williams in Anesthesia and with Chloë Grace Moretz and Juliette Binoche in Sils Maria. 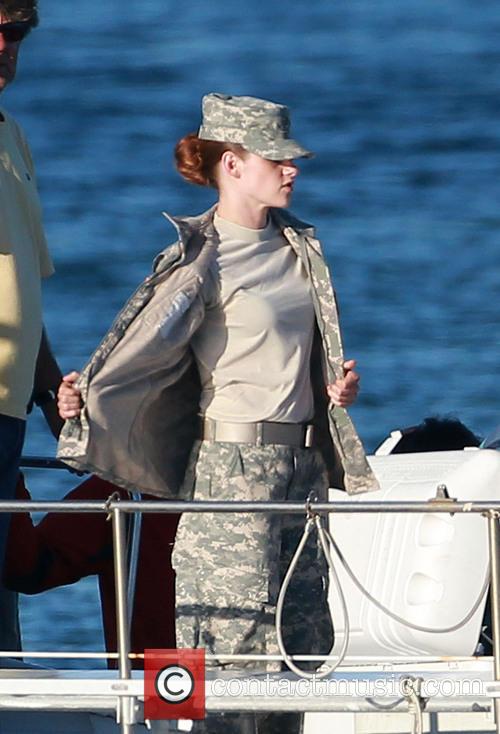