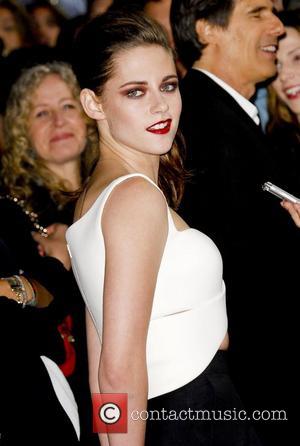 Kristen Stewart has snapped up a pretty swanky new place set in the gated community of Laughlin Park, Los Angeles. The property isn't far from boyfriend Robert Pattinson's place in Los Feliz, which the couple used to share before their well documented 'cheating scandal'.

According to the Los Angeles Times, Stewart paid $2.195 million for the house, which boasts views of downtown L.A. and the Pacific Ocean. At 3,361 square feet, it features an open floor plan, a veranda, a den, an office, two fireplaces, four bedrooms and 4/5 bathrooms - and that's just inside. Outside, it comes with a quarter-acre of tropically landscaped grounds, with a blue-tiled swimming pool and spa, fire pit and terraced garden. In the property listing, Stewart's new home is described as having "exposed beams", "wood panelled walls" and terra cotta floors that gave it a rustic ambience. It's been on the market for a couple of years now, and was rented to previous tenants.

Back in October, the UK's Sun newspaper claimed Stewart and Pattinson were ready to leave Hollywood and buy a cottage in Cornwall. A source said, "When Robert was growing up the whole family would go away on idyllic holidays to Falmouth, Truro and Newquay so he's always thought of the area fondly."