Kristen Stewart And Robert Pattinson Go To Prince Concert On A Date? 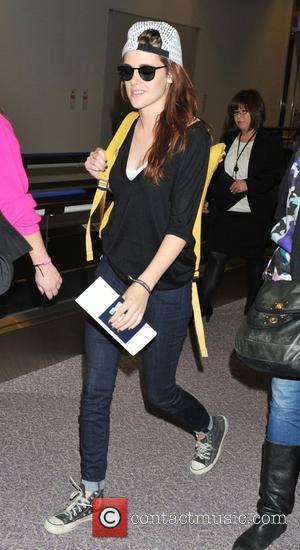 Kristen Stewart and Robert Pattinson were spotted letting off some steam at a Prince concert, which should go some way towards answering the ‘are they still together?’ question.

According to TMZ, “Rob and Kristen rolled up to the Sayers Club in Hollywood in the same SUV . . . and sneaked into the back entrance to see the Purple One live in concert. A short time later, the couple rushed back into the car — trying to cover their faces — but it was too late . . . they'd been made.” During the show, "He was behind her – holding her around her hips," an onlooker told PEOPLE. "They were sweetly affectionate and tender. They stood the entire show and loved every second." Just in case any of you were struggling with the aforementioned question, the answer is increasingly looking like a big old yes, which a few months ago would have been a ridiculous thing to suggest, considering the high profile infidelities that seemingly ripped their young love to pieces.

The pair were probably just enjoying some quality time together after, like a naughty partnership at the back of the class, they were separated for promo duties for the Breaking Dawn. Robert was down under in Australia while Kiristen was putting in the hours in Japan. Life’s tough.