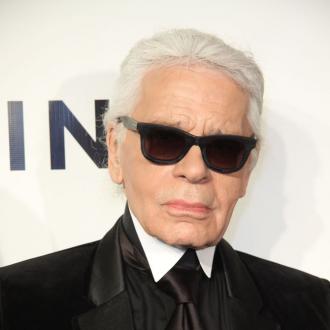 The 80-year-old designer sent models down the catwalk dressed in cowboy hats, feather headdresses, fringed gloves and boots and a number of leather and denim ensembles on Tuesday (11.12.13) at the high-profile event in Dallas, Texas.

The show was set at Fair Park, Art Deco exhibition venue which had been transformed into a barn for the occasion.

Talking after the show, Mail Online reports Karl said: ''[The runway was based on] the idea of the old Texas, even before the Civil War.

''[The cowboys on catwalk were] not typical cowboys, they are transposed, very sophisticated.''

The night kicked off with the premiere of a 20-minute film, 'The Return', which was written and directed by the fashion designer. The historical video told the story of Coco Chanel as she reopened her Paris couture house in 1954, shortly after the Second World War.

The location is sentimental for the brand since the American press and luxury department store Neiman Marcus supported Chanel when it reopened following the war.

A number of famous faces who attended the event, including Kristen Stewart - who was announced as the new face of Chanel - Dakota Fanning, Lily Collins and Zoe Kravitz.