Is Kristen Stewart Back Together With Robert Pattinson? 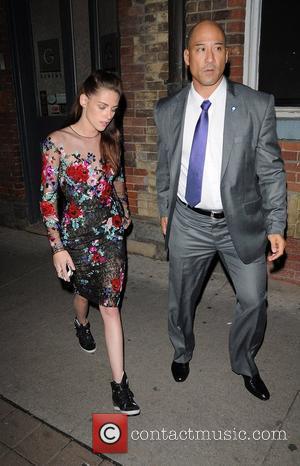 The Sun were suggesting it earlier in the week, and now US Weekly seem pretty convinced too: Kristen Stewart has successfully managed to lure back her ex-boyfriend Robert Pattinson in spite of admitting that she'd cheated on him with Snow White and The Huntsman director Rupert Sanders just over two months ago.

A source had told The Sun midweek "They pretty much decided they couldn't live without each other. Kristen poured her heart out to Robert and told him it was a one-off and a mistake" adding that the pair had now moved into a secluded pad in Los Angeles together and that "Rob sees it as Kristen made a really stupid mistake. After a lot of long tearful talks, they've worked it out. Rob can see how truly sorry Kristen is and has totally forgiven her. They really do love each other."

Us Weekly have now backed these claims up, with a source telling them that the pair have had "a dramatic make-up", the British actor finally acquiescing to requests by Stewart for a meet-up, and that the two have had several since. Pattinson is still in love with Stewart apparently. All of which leads us to believe that the whole thing has been engineered simply as a way drum up promotion and attention on both stars ahead of the release of the final Twilight film. We'll let you decide on that though.