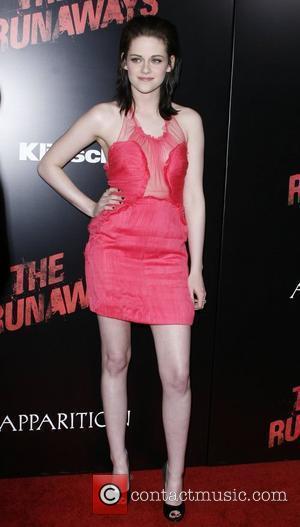 Kristen Stewart and Dakota Fanning's new THE RUNAWAYS biopic has brought the real-life characters they play back together - former bandmates Joan Jett and CHERIE CURRIE plan to work on new material.
Currie and Jett returned to the studio to rework classic songs for the film's soundtrack - and they discovered they still enjoy playing together, so there's more to come.
Singer Currie, who turned her back on music to become a drug counsellor, personal trainer and chainsaw sculptor, admits she can't wait to work on new tracks with her old pal.
She says, "I know I'm going to be doing shows over the summer. I've written a few songs. We'll see what happens. Am I banking on it? No. I've got my chainsaw and my wood and I'm very happy. But I know I'm going to be doing some things here and there, and we'll see what comes of it... We're definitely going to work together in music."
Currie and Jett, who was a co-producer on the film, last worked in the studio together in 1977 before they started recording again for the film.
She tells Billboard.com, "It was as if time had stood still, as if these last 35 years never happened. We were on the mark. It was incredible. We had a fantastic time... It was just a blast."