Did anything happen in cinema this week other than the final Twilight movie? The cast of Breaking Dawn Part 2 attended massive red carpet premieres in both Los Angeles and London, while the studio kept the film hidden from most critics until it opened. Meanwhile, fans queued up for saga marathons on Thursday, culminating with the first screenings of the final movie at midnight. 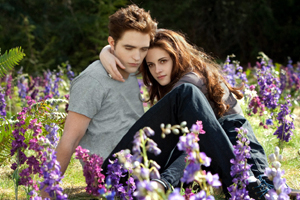 But there are also new releases for more discerning audiences. The UK will get a chance to catch up with Michael Haneke's Palme d'Or-winning drama Amour, while in America Keira Knightley has been on the red carpet promoting the US release of Joe Wright's ambitious take on Anna Karenina. In an interview this week in New York, she talks about the the demanding dance choreography and the moral complexity of the iconic role.

Meanwhile at the Rome Film Festival, Sylvester Stallone attended the premiere of his new action romp Bullet to the Head. While his minders try to usher him along, he takes time to sign autographs and pose for the paparazzi. There are also glimpses of some other celebrities in town for the festival, including Matthew Modine and popstar Alec Su. 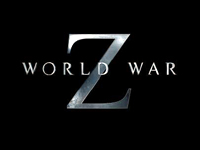 The biggest trailer of the week was for Brad Pitt's World War Z, which seems to have been in production for years now and won't be in cinemas until the summer. The trailer starts by showing the riotous moments when the world descends into sudden chaos, War of the World-style. Although this time it's Z for zombies. From here it turns into a massive-scale action epic that's bound to be one of blockbusters of 2013.

Rather more high-brow is the trailer for Promised Land, which reunites Matt Damon with Good Will Hunting director Gus Van Sant. It's a drama about the effects of natural gas mining, which controversially contaminates farmland. The cast looks terrific - including Frances McDormand, John Krasinski, Rosemarie DeWitt and Hal Holbrook - and the film opens in America in time for Oscar consideration.

And from the sublime to the ridiculous: we got our first glimpse of the new Barbra Streisand comedy The Guilt Trip this week, in which she plays Seth Rogen's obsessive Jewish mother, who accompanies him on a cross-country road trip. The trailer looks rather hilarious, so let's hope the film is a, yes, guilty pleasure when it opens in December in the US and February in the UK.