Kristen Bell has praised her 'Burlesque' co-star Christina Aguilera for her commitment and studious approach to the film. 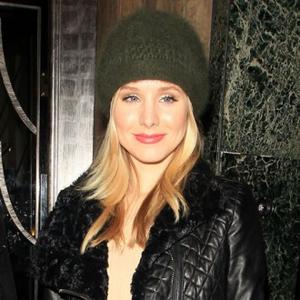 Kristen Bell has praised her 'Burlesque' co-star Christina Aguilera's commitment for her commitment on set.

The 30-year-old screen beauty - who plays bad girl dancer Nikki in the musical film alongside Christina and Oscar-winning actress Cher - was impressed by the studious approach of the singer-turned-actress, who made her big screen debut in the project.

She told BANG Showbiz: "It made me feel like I had the home court advantage. It made me feel comfortable. But the reason why Christina is the way she is, is because she is fearless and she jumps into everything wholeheartedly and that's exactly what she did.

She said: "I don't know what I'm doing and I'm here to learn,' and that's exactly what she did, she studied the entire time and was just wonderful."

Kristen believes the 'Dirrty' hitmaker was perfect for the role of small-town girl Ali who becomes a dancing and singing star because of the similarities to her own life.

She said: "Only Christina could have played this. This was about a girl who knew that she had a gift and it was absolutely necessary that she shared it with the world. She heard herself sing when she was five years old and had to share it."