Kristen Bell has revealed she wants fans to feel ''satisfied'' by the 'Veronica Mars' movie, especially as many viewers of the TV show helped fund the film through Kickstarter. 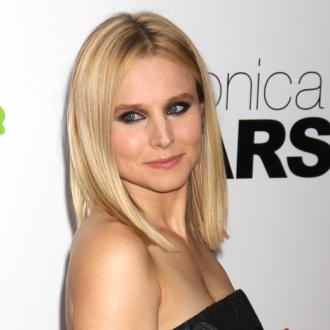 The 33-year-old actress - who reprises her titular role in a movie spin-off of the cult classic TV series - admits she feels a responsibility to ensure fans that helped finance the film through crowd-funding website Kickstarter enjoy it.

'Veronica Mars' made headlines last year after Bell and show creator Rob Thomas raised over $5 million from avid viewers of the show, which ran from 2004 to 2007, to fund the big screen production.

Quizzed if she's nervous about the film, Bell said: ''Our Kickstarters who funded the movie are my priority, so I'm a bit nervous ... [well] not nervous, but I'm hoping that everybody leaves the theatres satisfied.

''If new fans like it or people [who] didn't Kickstart the movie, that's just an added bonus for me.''

The film picks up several years after the TV series ended and sees private investigator Veronica return to her hometown of Neptune, California, to solve one last crime when her former high school flame Logan Echolls (Jason Dohring) is charged with murdering his girlfriend.

The actress gushed to Access Hollywood: ''We just made a bunch of phone calls and asked people to be involved. We just lucked out that everyone wanted to be involved.''