Kristen Bell has revealed she didn't identify with Disney princesses growing up. The actress voices new princess Anna in 'Frozen'. 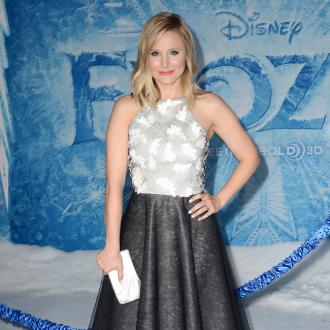 The 33-year-old actress, who voices the latest Disney princess Anna in new film 'Frozen', says she preferred Aladdin to animated favourites such as Cinderella, Snow White and Belle from 'Beauty and the Beast'.

Quizzed about her favourite Disney princess as a child, Bell told Total Film magazine: ''Actually, a combination of Ariel ['The Little Mermaid'] and Aladdin. I know Aladdin isn't technically a princess, but I needed someone with a little more mojo, and a little less oestrogen.''

It was recently revealed that British comedian Jack Whitehall has also voiced a special role for the film, playing Gothi the Troll Priest, a spiritual leader and officiator of weddings who appears with a host of trolls in one of the songs in the film.

He said in a statement: ''It's very exciting to be lending my voice to a Disney animated movie. I'm a big Disney fan and 'Robin Hood' and 'The Lion King' were my favourites growing up.

''I'm delighted to be voicing one of the comedy characters in 'Frozen' and hopefully one day Disney will give me a bigger part!''

'Frozen' is in cinemas on December 6.