The 34-year-old actress and her acting hubby are parents to two daughters, Lincoln, 2, and seven-week-old Delta.

Kristen Bell and her actor husband Dax Shepard became parents of two children when they welcomed their second baby girl, Delta, the younger sister of their 2-year-old daughter Lincoln, last December, and now the couple are perfectly happy with the way their family life is. 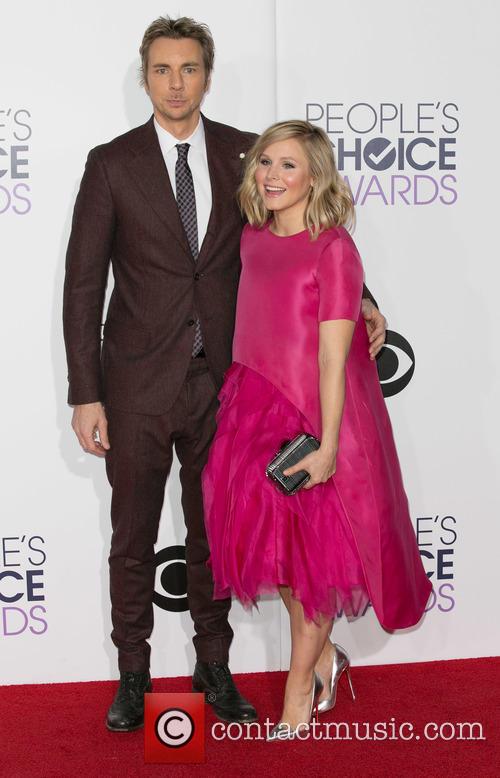 Shepard and Bell are parents to two daughters

While appearing on The Ellen DeGeneres Show, seven weeks after giving birth to young Delta, Bell opened up about becoming a mother for the second time and revealed that she and her hubby Shepard are not planning on having any more kids.

"This feels like a vacation coming here, it really does," she said to the host. "Everyone here speaks in full sentences, and no one's asked me to wipe their buns...yet. So, yeah, I'm very happy to be out of the house right now."

When Ellen asked if the 'Veronica Mars' star will be giving birth again, she gave a very direct and clear answer. "No. No, no. We don't want to be outnumbered," she responded. "Until, I suppose, I accidentally get pregnant and my third child watches this clip and realizes that he was an accident. Sorry, honey. No, but we're gonna cap it at two."

Bell also quipped that Shepard likes to joke about being outnumbered in their home. "He likes to say he never thought he'd be surrounded by so many women and not having this much sex," she said.

Surprisingly, the 'Frozen' star also recalled how she "enjoyed" having a C-section.

"To be honest, my perspective was - as someone who has never experimented with drugs - I really enjoyed it. It was kind of a wonderful experience for me," she shared. "While they were doing it, I actually thought, 'What else could we get done down there? Maybe lengthen the shins? I've always wanted to be like 5'7". Just anything to keep the epidural flowing."