Kelly died of an overdose, with a toxicology report finding various different drugs in his system at the time of death

Following his untimely death on May 1, the autopsy report on Kris Kross rapper Chris Kelly has been completed and made public by the Fulton County Medical Examiner's office in Atlanta. With former child rapping star, who went by the stage name 'Mac Daddy' during his KK days, passed away from an overdose after taking a fatal amount of unspecified drugs.

The medical reports that confirmed Kelly's cause of death have not been made fully available to the public and the coroner's statement did not disclose which drugs he had taken for the discretion of his family. The report did say that he had taken a cocktail of illegal drugs and proved fatal when combined in Kelly system. It is believed that he was killed whilst trying a speedball; a mixture of cocaine and heroin and a combination that has killed the likes of John Belushi and Chris Farley.

The Kris Kross rapper was found with a mixture of different drugs in his system at the time of death, said the coroner's report

Chris Kelly's death earlier this year was immediately blamed on drugs and, following an extensive autopsy, it has been confirmed that the late Kris Kross rapper did indeed pass away from a fatal drug dose. The coroners office have not been able to disclose exactly what substances were found in his body to the public, but they did confirm that the one-time child prodigy had a cocktail of different drugs in his system.

Watch the video for 'Jump' by Kris Kross

Kelly's body was found at his home in Atlanta home late on May 1 night, with the rapper pronounced dead soon after he arrived at a nearby hospital. Police immediately began investigating the scene and it soon became apparent that Kelly was suffering from a drug dependency and died of a possible drug overdose. On Monday (July 1), their thoughts were confirmed when the results for the autopsy was published. Betty Honey of the Fulton County Medical Examiner's Office said after releasing the details that a toxicology screening had discovered an array of substances in Kelly's body.

Rapper was just 34 when found dead

The funeral of former Kris Kross member Chris Kelly is to be held today, after the rapper died aged just 34 on May 1st from a suspected drug overdose.

According to CTV news, will be held in Atlanta and will be attended by family and close friend of the teen star. Together with Chris ‘Mac Daddy’ Smith, Kelly very briefly set the music world alight when he and his Kris Kross partner dropped the hit ‘Jump’ in 1992. The song topped the US Billboard charts for a whopping eight weeks and made it twice platinum in their home country, subsequently causing their debut album Totally Krossed Out to also hit top spot on the US album charts, going a whopping four times platinum. Kelly was just 13 at the time.

Jermaine Dupri, the man behind Kris Kross, recently paid his respects to the late artist. "To the world Chris was Mac Daddy but to me, he was a son I never had," Dupri said in a written statement. "When I think about it, I spent more time with Chris and Chris than damn near anybody in my whole life, so you can imagine how bad this hurts," Dupri added. "I will always love you Chris, and I will never let the world forget you, may God bless your soul."

Rapper was just 34 when he passed away

The news of Kris Kross’ Chris Kelly’s death this week aged just 34 has taken an even sadder turn, after it was revealed that his mother, Donna Kelly Pratte and his uncle, Lamar Williams, had told police that they believed the rapper had taken cocaine and heroin on the night before he died, causing him to become sick.

As The Guardian reports, Kelly was found unresponsive on his living room couch at his Atlanta home they tried to resuscitate him. He was pronounced dead at a local hospital. Elsewhere, the man who presented Kelly and his Kris Kross partner Chris Smith to the world in 1992, Jermaine Dupri, paid his respects to the late artist. "To the world Chris was Mac Daddy but to me, he was a son I never had," Dupri said in a written statement. "When I think about it, I spent more time with Chris and Chris than damn near anybody in my whole life, so you can imagine how bad this hurts," Dupri added. "I will always love you Chris, and I will never let the world forget you, may God bless your soul."

Kris Kross achieved huge fame in 1992 when their single Jump went to the top of the US Billboard singles chart and stayed there for 8 weeks. Kelly was just 13 at the time and the pair were unable to keep up their success, before splitting in 1996 and going on to have unsuccessful solo careers.

The autopsy report on Kris Kross rapper Chris Kelly has returned to Atlanta coroners, implying the original claims that he died of an overdose are true.

Rapper Chris Kelly, of the popular 90's duo Kris Kross, has been found dead in his Atlanta home earlier this week (May 1) after a suspected overdose on heroin and cocaine. MTV now report that his autopsy has been completed, with coroners finding no evidence to go against the initial claim that he died of an overdose.

The Fulton County Medical Examiner completed his autopsy yesterday (May 2), however the official cause of Kelly's death won't be determined until for another three weeks at least, as coroners are still awaiting the toxicology report to return. Reports that the Kelly died after he had taken a mixture of heroin and cocaine, claims that were backed-up by his mother, are now looking justifiable, although police must wait until all available information has been collected before they can make a final report.

By Victoria Pavlova in Lifestyle / Showbiz on 02 May 2013

The cause is still unknown and an autopsy is pending.

Chris Kelly, one of the members of the 90s rap sensation Kris Kross, died yesterday from causes that are still unknown. The performer was just 34. Kelly and his co-star Chris Smith, were discovered at a mall in the early 90s, when both were 13. Under the stage name Mac Daddy, Kelly released the debut album “Totally Krossed Out” alongside Smith, who was known as Daddy Mac. Everyone remembers the big hit off that album, “Jump”. Unfortunately, even after going on a nationwide tour with Michael Jackson, Kris Kross failed to repeat their smash success with the sophomore album Da Bomb. The duo released one last album in 1996, but, like many one hit wonders, they were destined for a gradual fade into obscurity. Earlier this year, Kelly and Smith had a sort of reunion, when they performed together in Atlanta, Ga.

Kelly was found unresponsive at his Atlanta home on Wednesday afternoon. He was immediately rushed to the Atlanta Medical Center, where he was pronounced dead at around 5pm. Kelly’s mother, Donna Kelly, issued a joint statement with So So Def, the label, which first signed Kris Kross back in the 90s.

Continue reading: Chris Kelly Dies At The Age Of 34

The music world lost George Jones and Chris Kelly, while the two Lily's - James and Collins - landed the biggest movies roles of their careers. Oh, and Tyler the Creator made the most racist ad ever, apparently. 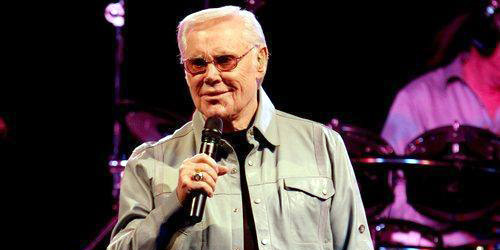 Why Baby Why: The country music world lost a true legend in the shape of George Jones last week. The musician was dubbed No Show George for his unpredictability throughout his touring career though he never failed to entertain and certainly had a tale to tell. The musical luminaries turned out en masse for his funeral too.

The Slipper Fits: Lily James landed the biggest role of her short career this week, filing the part of Cinderella in Kenneth Branagh's new big-budget movie for Disney. You may remember that Emma Watson turned down the role earlier this year - could that be a movie that comes back to haunt her?

Rapper has died after a suspected drug overdose

With the death of Kris Kross’ Chris Kelly goes the life of one of those childhood stars who unfortunately could never make the full transition to becoming a genuine adult sensation. Together with Chris ‘Mac Daddy’ Smith, Kelly very briefly set the music world alight when he and his young partner dropped the hit Jump in 1992. The song was a huge smash, topping the US Billboard charts for a whopping eight weeks and going twice platinum in their home country and off the back of it their debut album Totally Krossed Out also went to top spot on the US album charts, going a whopping four times platinum. Kelly was just 13 at the time.

Yet the pair unfortunately never quite followed it up – it didn’t help that by sending up hip-hop style by even wearing their jeans backwards they ultimately became novelty act, and their subsequent albums Da Bomb in 1993 and Young, Rich & Dangerous in 1996 were diminishing returns (although still US Billboard top 20 albums). Their last single while they were together – Live & Die For The Hip-Hop – flopped in at 72 in the charts before the pair went their separate ways and tried their hand at unsuccessful solo careers.