Kris Jenner has dismissed claims she will change her name back to Kardashian after confirming her separation from Bruce Jenner. 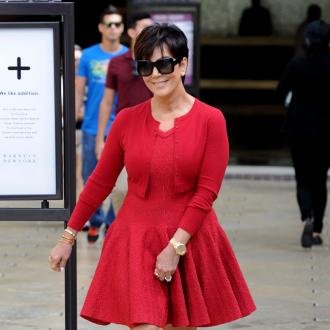 Kris Jenner has dismissed claims she will change her name to Kardashian following her split from Bruce Jenner.

The 57-year-old matriarch - who manages her daughters Kim, Kourtney and Khloe Kardashian in their hugely profitable business endeavours - has no plans to revert to her old marital name in order to capitalise on the family's success, which includes hit reality show 'Keeping Up with the Kardashians'.

She told E! News: ''I'd like to think people are smarter than to believe this stuff. It's all rubbish.''

It was reported earlier this week the talk show host was considering taking her former husband Robert Kardashian's name again after she and Bruce, 63, confirmed their separation.

A source said: ''Kris has seriously been thinking about changing her last name back to Kardashian. Kris always considered Robert Kardashian to be the love of her life and their family empire is built on the Kardashian name. It would be so much simpler if Kris just changed her name back.''

Kris was married to Robert between 1978 and 1991, but filed for divorce and married Bruce that same year. The couple have two daughters, Kendall and Kylie Jenner, while Kris also has her three famous daughters and son Rob Kardashian from her previous marriage.

Kris and Bruce confirmed their separation earlier this week, but have both insisted they have no immediate plans to divorce.

They said in a statement: ''We are living separately and we are much happier this way. But we will always have much love and respect for each other. Even though we are separated, we will always remain best friends and, as always, our family will remain our number one priority.''