Kris Jenner is reportedly desperate to marry her beau Corey Gamble following a whirlwind romance, but friends and family are concerned she is being used for fame and fortune. 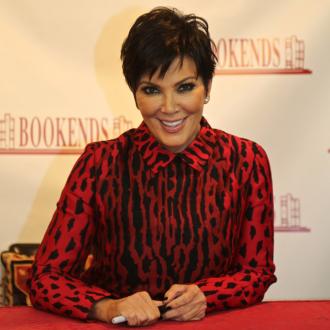 A source said: ''Kris is really into Corey. He sleeps at her house, she's introduced him to everyone in the family and they are definitely moving forward in their relationship.''

But Kris' children, including daughters Kim Kardashian West and Kourtney Kardashian, are worried she has moved on too quickly following her split from Bruce Jenner in October 2013 after 23 years of marriage.

The insider said: ''Things with Corey went from zero to 60 really fast. They worry Kris will jump into another marriage because she doesn't want to be alone - and winds up getting hurt.

''Kim, Kourtney and Kris were talking about Kim's wedding in Florence, Italy and how perfect it was, and Kris chimed in that she would love to have a wedding like that.''

Some of the matriarch's pals are also concerned her new boyfriend could be using her for fame.

A friend told Life & Style magazine: ''It's definitely all about the power and the money with Corey.

''They're both always looking out for themselves. So who knows, maybe they are perfect for each other!''