Kris Jenner has reportedly agreed to pay Bruce Jenner $2.5 million to equalise their assets, as part of their divorce settlement. 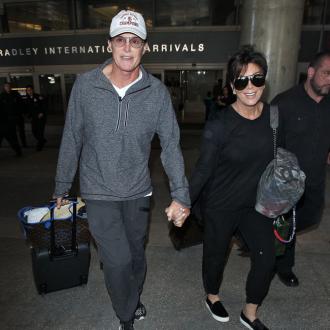 The 59-year-old reality TV star and the 64-year-old Olympic gold medallist, whose divorce was finalised in Los Angeles today (18.12.14) following their split last year, divided their $60 million fortune equally after reaching an amicable settlement in September, but the Kardashian family matriarch has to pay her ex-husband the lump sum to equalise their assets.

A source said the former couple, who have daughters Kendall, 19, and Kylie, 17, together, have also divided up their fleet of vehicles.

They each get to keep their airline miles.

The duo, who announced their separation in October 2013 and filed for divorce last September, previously agreed that Kris could keep their former family home in Hidden Hills and her 20.5 carat engagement ring, and Bruce, who lives in his own bachelor pad in Malibu, retained their exclusive Sherwood Country Club membership.

While a judge has signed off on their divorce, it won't become official until March 23, 2015, due to the six-month legal requirement.