Kris Jenner was the hostess-with-the-mostest as she threw an extravagant party to celebrate her daughter Kendall and Kylie Jenner's graduations. 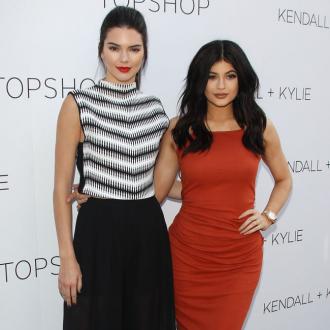 The party for Kendall and Kylie Jenner - which appeared to be held at the 59-year-old momager's mansion in Calabasas, California - was attended by friends and family, who watched a team of synchronised swimmers perform in the pool and posed for pictures in a photobooth.

The celebration - which was hosted by E!'s Ryan Seacrest - was a late one for Kendall, 19, who graduated in 2014 and pal Gigi Hadid shared a photograph of her with Kim Kardashian West and the 19-year-old model, captioning it: ''better to celebrate late than never (sic).''

And younger sister Kylie, 17, was equally excited about getting to wear her gown and mortarboard.

Captioning a photo of herself in her graduation gear, she wrote: ''I love my mom for doing this. Thank you for making this experience as normal as possible for me. Yay I graduated :) (sic)''

Meanwhile, in a recent post on Twitter, the 'Keeping Up With The Kardashians' star revealed she had completed her compulsory education.

In a series of posts, she wrote: ''Today, for the first time, I am very excited about tomorrow for no damn reason. Just that I'm alive & I have a wonderful life to be lived.