Kris Jenner hinted to her fans that her granddaughter North West might make her first public appearance on the debut episode of her talk show 'Kris' earlier today (15.07.13), but she appeared on the programme with a little one who turned out to belong to her stylist Monica. 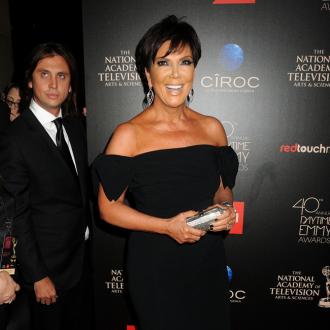 Kris Jenner teased fans her granddaughter North West was about to make an appearance on her new talk show.

The 57-year-old star hinted her daughter Kim Kardashian and Kanye West's baby girl might be on the showbiz matriarch's first episode of her new programme 'Kris' this morning (15.07.13) by tweeting a picture of her cradling a little one just minutes before the show aired.

In a tweet accompanying the image, she wrote: ''You never know who will stop by our show today #watch Kris (sic)''

During the Fox show she appeared holding a baby much to the audience's disbelief before handing the little one over to its mother, who turned out to be Kris' stylist Monica.

Kris then insisted North wouldn't be making her pubic debut on the show because it would be as if she was ''kidnapping'' her daughter's baby.

She said: ''That would be kidnapping, I wouldn't do it to Kim, just give her some time and peace and she'll be out showing her off herself.''

A series of short films featuring the likes of Simon Cowell and chat show legend Regis Philbin offering their support to Kris played throughout the show.

And just seconds into the programme, Kris' daughter Khloe Kardashian, who was sitting in the audience, shouted some words of encouragement to her mother.

Kris replied: ''I promised I wouldn't cry. Thank you Khloe, you get a raise in your allowance now.''