Kris Jenner is still managing her estranged husband Bruce Jenner's career and getting 10 per cent of his earnings. 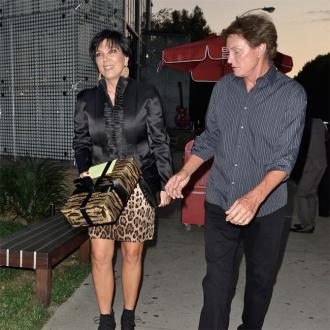 The 'Keeping Up with the Kardashians' stars, who announced their split earlier this month after 22 years of marriage, plan to continue working together and the 57-year-old ex-talk show host has no plans to stop managing the Olympic gold medallist.

Kris, who also manages the careers of her children, including her high profile daughter Kim Kardashian, collects a percentage of every pay cheque Bruce brings home, according to gossip website RadarOnline.com.

She also gets a portion of every other project he participates in, including his small role in an upcoming indie film 'The Hangover Games' and a guest appearance on 'Kendra on Top.'

The former couple, who have two daughters together, Kendall, 17, and Kylie, 16, currently insist they have no plans to file for divorce and are simply happy to be living apart but if they do decide to formally dissolve their marriage, Kris will allegedly still be entitled to her commission for any deals she negotiated for Bruce.

Kris' daughters, Khloe and Kourtney Kardashian, from her first marriage to the late Robert Kardashian have previously poked fun at her on their reality TV show for always making sure she gets her 10 per cent management fee from all of them.