Forget Kim K's sex tape, Kris Jenner's most embarrassing moment was when she was caught joining the mile-high club.

Kris Jenner’s most embarrassing moment took place on a plane after she’d just joined the mile-high club. The 59-year-old Kardashian-Jenner matriarch appeared with some of the other female members of her family (Caitlyn Jenner was not present) for the cover of Cosmopolitan. The magazine shared a behind-the-scenes video of the family and, even in front of her children, Jenner wasn’t worried about sharing such a personal detail. 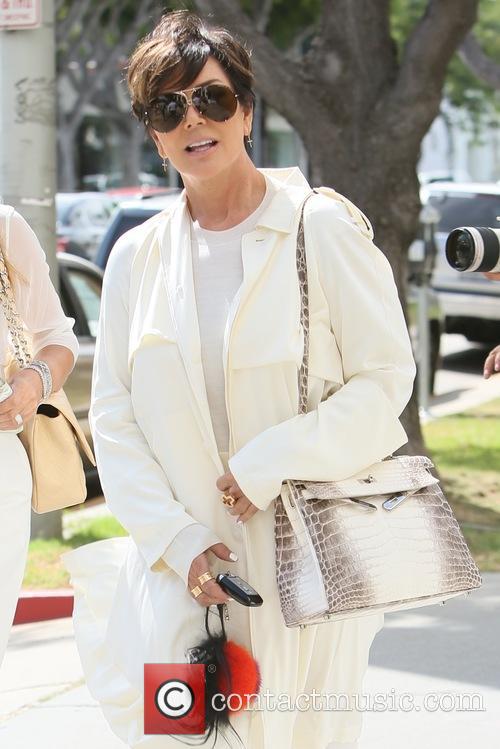 Read More: Kim Kardashian Opens Up About Caitlyn Jenner's Vanity Fair Shoot "It Made Me Want A Boob Job".

As Jenner revealed, she had just joined the mile-high club with her ex Caitlyn Jenner (formerly Bruce) on a commercial airline when the flight attendants made a very important announcement…

"The most embarrassing moment for me was when I was with [Caitlyn] on a commercial airliner in first class. We joined the mile-high club and we felt we got away with it," Kris said.

"We had sex in the bathroom and we came out and nobody said anything. At the end of the flight, the flight attendant got on the microphone. 'Congratulations, Mr. and Mrs. Jenner! You've just joined the mile-high club. We're so proud of you, and we decided to give you a bottle of champagne! Yay!' I could not squish down in my seat low enough. I was mortified."

The Kardashian-Jenner family, including Kim, Khloe and Kourtney Kardashian and Kendall and Kylie Jenner, appear on the November edition of Cosmopolitan. The edition also happens to mark the 50th anniversary of the magazine. The six women have previously appeared on the cover of Cosmo together in 2011.

There was also some controversy with Cosmopolitan’s cover as the Kardashian-Jenner family were billed as ‘America’s First Family’. Cosmopolitan’s editor hit back at criticism the cover had received on social media, as ET reports, claiming it was intended to be “tongue-in-cheek”.