Kris Jenner is getting to know manager slowly 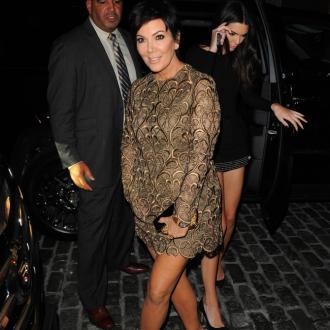 The 58-year-old reality TV star, who split from Bruce Jenner last October after 23 years of marriage, has reportedly told friends she ''hasn't gotten physical'' with Corey Gamble since being introduced to him by the 20-year-old singer's manager Scooter Braun.

The rumoured new couple were spotted leaving a sushi restaurant in Malibu, California on Monday night (27.10.14), but sources close to the 'Keeping Up with the Kardashians' star told gossip website TMZ.com that they are just getting to know each other.

Another source recently told PEOPLE.com: ''He seems very nice. He's easy to be around. But honestly, they weren't overly affectionate or anything.''

News of the Kardashian family matriarch's new beau comes just weeks after it was revealed her estranged husband Bruce, 64, is dating her best friend and former assistant, Ronda Kamihira.

The insider added: ''Since Bruce is out [with Ronda], she's trying to just have fun and hang with friends. But I wouldn't exactly call this dating yet.''