Kris Jenner isn't a fan of the ponytail her estranged husband Bruce Jenner has been sporting since they announced their split in November and she and their daughters have begged him to cut his hair. 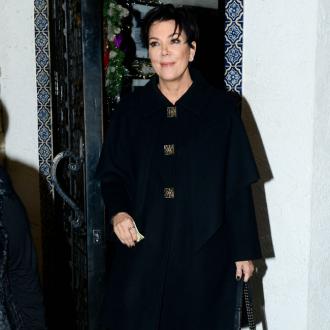 The Olympic gold medallist, 64, has been sporting a ponytail regularly after growing his brown locks longer since announcing his split from his fellow 'Keeping Up with the Kardashians' star in November after 22 years of marriage, and Kris and their teenage daughters, Kendall, 18, and Kylie, 16, have begged him to chop it off.

She also joked: ''I tried to manage it! I think it needs its own manager.''

Kris and Bruce are much happier since they decided to separate shortly after he moved out of their family home in Calabasas, California and into a bachelor pad in Malibu.

She said: ''We had been living apart. Bruce was living in Malibu, so I think [we decided] to just come out and say it formally to everybody at the same time. We're best friends. I mean, we talk all the time. Right now we're happier the way that we are right now.''

While she and Bruce are coping well with their split, Kris confessed that her daughter Khloé, 29, has been struggling since she filed for divorce from her husband of four years, Lamar Odom, last month.

She said: ''It's always tough when one of your kids goes through something like this. My heart is always with them 150 percent, and Khloé -- it's tough what she's been going through but we are just doing the best we can.''