Showbiz matriarch Kris Jenner cancelled her scheduled appearance on 'Bachelor in Paradise: After Paradise' because of a spider bite. 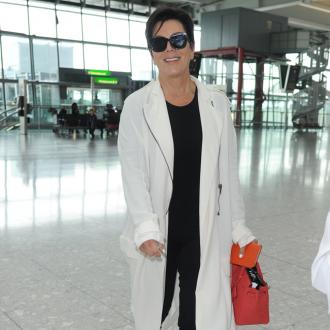 A spider bite caused Kris Jenner to cancel her scheduled appearance on 'Bachelor in Paradise: After Paradise'.

The 59-year-old showbiz matriarch was booked to appear on the US TV show on Monday (31.08.15), but withdrew at the last minute after she was bitten by a spider and her lip swelled, TMZ reports.

Kris has subsequently had her bedroom sprayed by an exterminator in a bid to avoid a repeat of the embarrassing incident, which required four different kinds of medication to cure.

Kris phoned into the ABC series earlier this week and admitted to host Chris Harrison she was simply ''too vain'' to appear on live TV with her swollen lip.

She confessed: ''I don't know what happened. I feel like I got a bite on my face and like half of my face blew up. They [my doctors] gave me everything they could possibly give me in 12 hours. It went down a little bit, but not quite enough. I'm a little too vain, I think, to go on live TV with a huge lip.''

Kris suffered a similarly embarrassing incident during a family vacation to the Dominican Republic in 2012, when an allergic reaction to something she ate caused her top lip to swell.