Kris catches wind of Kim's decision to help Caitlyn Jenner with her outfit for an awards ceremony.

In a surprising turnaround from her previous utterances that Kim is her favourite child, the Kardashian matriarch Kris Jenner has branded her second-eldest daughter a “f***ing traitor” after her decision to help dress Caitlyn Jenner for an awards ceremony.

A sneak-peek at the next episode of the family’s reality show ‘Keeping Up With the Kardashians’, the 60 year old momager is heard on speaker-phone decrying Kim’s decision to help Caitlyn – formerly Kris’s husband Bruce – sort out her outfit for the ESPYs.

In a teaser for the new episode – which was filmed before the dramatic robbery in Paris a few weeks ago – Kim’ younger sister Khloe tells her friend: “Look at what my mom sent me, she's so pissed that Kim was dressing Caitlyn Jenner for the ESPYs.” 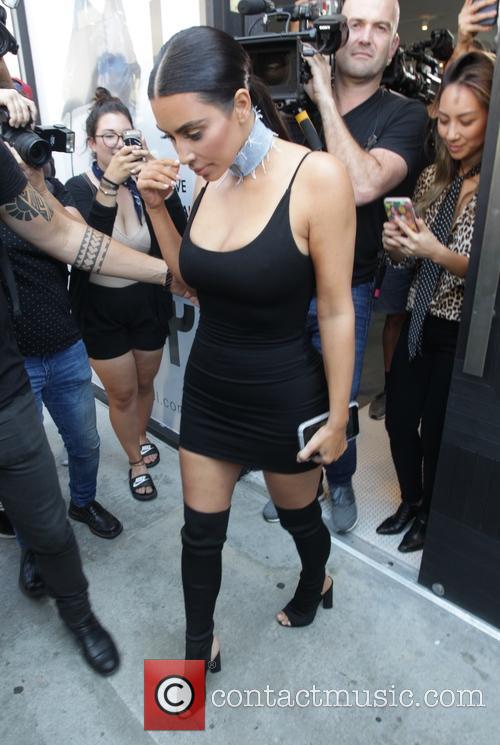 Kim Kardashian was the target of Kris's wrath

In the next sequence, Kris is heard angrily telephoning her daughter as a result, telling her “Kim, you are a f***ing traitor! You're not going to f***ing play this game anymore!”

Kim is seen sitting with Khloe, and she’s visibly shocked by her mother’s outburst.

Kris has previously admitted that she found it hard to accept and get used to Caitlyn’s transition, which was announced via a memorable Vanity Fair front cover in April 2015. Khloe has also said that she confronted Caitlyn over the interview, in which she appeared to criticise Kris.

The clan is apparently trying to build bridges with Caitlyn, and Kim’s decision to help her out on this occasion seems to have been a part of that.

Elsewhere in the teaser, Rob can be seen helping Scott Disick babysit Kourtney’s three kids – in preparation for the imminent arrival of his first child next month – and Kendall Jenner criticises the family for not taking her health issues seriously, referring to the time in December last year when she was briefly hospitalised due to exhaustion.