Kris Jenner's sister Karen Houghton alleges that the star cheated on her husband Bruce Jenner only days after it was announced that the couple are separating. 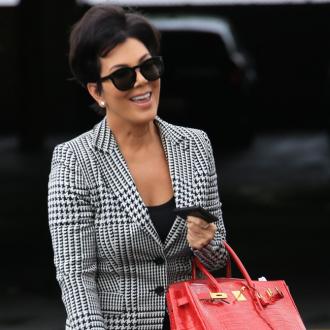 Karen Houghton alleges 57-year-old Kris confessed to her that she'd had an affair during her 22-year marriage to the former Olympic athletics champion, following news the couple who have daughters Kendall, 17, and Kylie,16, together have separated.

Karen told America's Star magazine: ''Kris has admitted to cheating. It's so funny because I could never see a guy cheating on her. She's so powerful.''

Karen believes Bruce has been faithful throughout their relationship, and although the pair have insisted they are not getting a divorce Karen thinks her sibling will move on a lot faster than her husband.

She said: ''I do not believe that [he] has ever cheated on Kris ... And I don't think he ever will, if they stay together.''

Karen thinks Kris has a ''hole in her'' and doesn't think she is entirely happy which is why she spends her time working as a manager for her children, including 34-year-old Kourtney, 32-year-old Kim, 29-year-old Khloe, and 26-year-old son Rob, her offspring with her late ex-husband Robert Kardashian.

Karen added: ''My sister is a person who likes to stay really busy, focused, in control, done, done, ABC, you know.

Bruce was married twice before he met Kris. He has four other kids, two from his first marriage to Chrystie Crownover, Casey and Burt, and sons Brody, 30, and Brandon, 32, from his second marriage to Linda Thompson.