Khloé Kardashian: Mum wanted me to get nose job aged 9

Kris Jenner wanted Khloé Kardashian to get a nose job at the age of nine in order to repair her snout, which Khloé admits shattered her confidence. 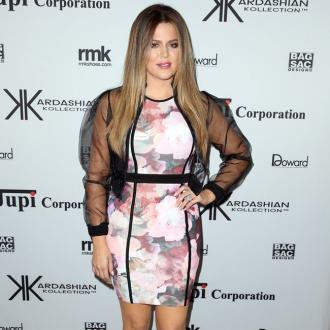 Kris Jenner wanted Khloé Kardashian to get a nose job at the age of nine.

The 'Keeping Up With the Kardashians' star overheard her mother telling a friend that she needed to go under the knife to correct her snout, which Khloé admits destroyed her confidence.

Speaking to Cosmopolitan magazine, she said: ''She didn't mean harm, but when I was around nine I overheard my mom telling her friend I needed a nose job.

''I was shocked; I hadn't even thought about it. I've grown into my face, but I've had make-up artists tell me, 'You should get a nose job.' I'm so happy that I never have. I'm proud for losing weight when I wanted to and I've never resorted to surgery. I'm not against it - one day I probably will but it would be on my terms.''

Meanwhile, Kris split from her husband Bruce Jenner - whom she shares daughters Kendall, 18, and Kylie, 16, with - in October after 22 years of marriage, but the pair are yet to file for divorce.

However, the Olympic gold medallist appears to be settling into single life well and has even decided to grow his hair in a bid to rebel against Kris and her daughters' orders.

Bruce's son Brody, who he shares with his former wife Linda Thompson, told the New York Daily news newspaper: ''He seems like he is doing great. Seems like better than ever ... growing his hair out, and he has a ponytail.

''He does a lot of these things in spite of the girls.

''One of the girls will make fun of his hair or say something about his hair, and he'll grow it longer just because they're saying that.''