Kris Jenner has asked Betty White to be one of the first guests on her new chat show 'Kris' when it launches next month. 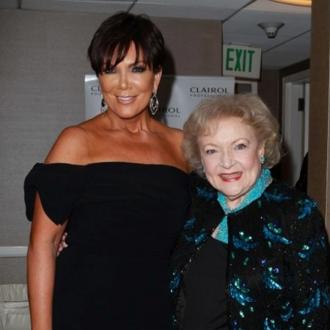 Kris Jenner has lined up Betty White to appear on her new talk show.

The 'Keeping Up With The Kardashians' star is set to launch 'Kris' next month and after hitting it off with the 'Golden Girls' actress in the CIROC Coconut Lounge [powered by Red Touch Media], during the Daytime Emmy Awards on Sunday (16.06.13), Kris asked Betty to be one of her first guests.

A source, who spotted the duo chatting, said: ''Kris and Betty were both presenting at the Emmys and hit it off backstage. They were complimenting each other on their outfits. They couldn't stop talking about how good the other looked and they got along great, like old friends! Kris asked Betty to be one of her first guests on her new talk show and she happily accepted.''

Kris' daughter Kim Kardashian gave birth to her first child, a daughter with boyfriend Kanye West, the day before the ceremony and Kris couldn't help gushing to Betty about the tot.

The insider added: ''Kris mentioned how happy she was about being a new grandma. She's over the moon about Kim and Kanye's baby.''