Kris Humphries Won't Give Up On Love 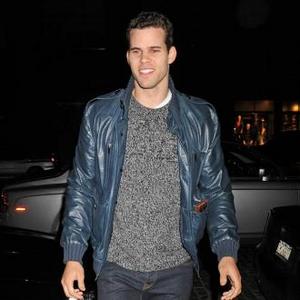 The basketball star is currently embroiled in a divorce battle with Kim Kardashian but despite the failed union, he hopes to Settle down in the future.

''I think everyone wants a family of their own one day. You're at a point in your life when all of your friends are married and stuff. For me, at least, everyone runs their own race. You can't put a timetable on it.''

Kris was recently forced to deny allegations he gave Kayla Goldberg the sexually transmitted disease Herpes after they reportedly met and had sex in August 2010.

Kris insisted he has ''never'' given anyone Herpes, and is now said to be thinking about counter-suing Kayla following her claims.

A source close to the NBA star said: ''Kris was recently accused by another woman of giving her Herpes, this happened within the last two months.

''Kris tested negative for it though and for any other sexually transmitted disease and he is absolutely steadfast that he has never given anyone herpes. Kris plans on vigorously fighting the lawsuit filed against him by Kayla Goldberg and is considering counter-suing her for defamation.''