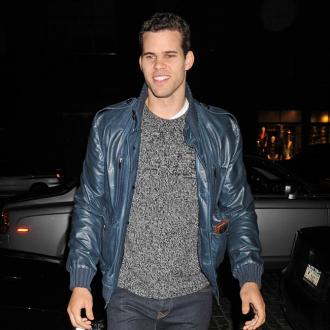 Kris Humphries allegedly feels he is being ''misrepresented''.

The basketball star - who is still legally married to the reality TV star despite ending their marriage after just 72 days in October 2011 - has reportedly told friends he is being unfairly portrayed in the media after reports surfaced that he is deliberately dragging out their divorce to hurt her.

A source close to the 27-year-old Brooklyn Nets player told HollywoodLife.com: ''Kris is probably being misrepresented in the media. He's focused on basketball and that's it.

''He lets the legal team handle the rest of that stuff. He's in the middle of an important season for his team, and all these reports of him trying to make her life hell or whatever are nonsense.''

While Kim, 32, is expecting her first child with rapper Kanye West, her marriage to Kris can't be officially dissolved until Kris agrees to settle the matter and he was recently said to have told friends he is in no rush to end it.

A source previously revealed: ''He brags to everyone that he has that power. He's said it a million times.

''They can't go to court until his basketball season is over, so he tells people that he is in control of her misery. When he found out about the baby, he was bragging to all of his friends that he wasn't going to 'allow' her to be divorced when she had the baby. He intends to tell his attorney when they set a trial date next month that he can't do it until late summer. It's all planned and calculated.''

However, Kim wants to remove Kris from her life completely, so that she can focus on moving on with Kanye and their baby.

An insider recently said: ''It's upsetting for her, but she's still not going to give in. Kim's a fighter and even though a lot of people think that Kim took advantage of Kris it was the other way around. She did love him and she gave him 100 per cent so there's no way she's going to turn around and say it was a fraud - that would be lying to the court.''