Kris Humphries Is Having 'Difficult Time'

Kris Humphries has admitted he has been going through a ''difficult time'' following his split from Kim Kardashian after just 72 days of marriage. 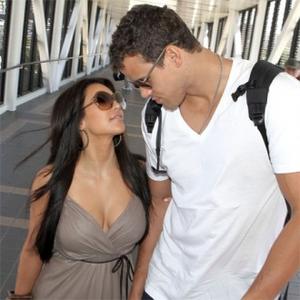 Kris Humphries has admitted he has been going through a "difficult time".

The 26-year-old sportsman was shocked at the end of last month when his wife Kim Kardashian filed for divorce after just 72 days of marriage and the basketball star has now spoken publicly for the first time about his personal difficulties.

Announcing a new endorsement deal with Sector Watches, he told a press conference at the Trump SoHo Hotel in New York: "I'm happy to be here. As you all know, this has been a difficult time in my life, and I'm so grateful my friends at Sector for their unwavering support."

While Kris has previously not spoken about his marriage split, his father William Humphries recently admitted his son had been "blindsided" by Kim's divorce petition.

He said: "There was never a discussion about it - it just came out of nowhere and blindsided Kris.

"How could someone do that? Kris was completely surprised. The news was already published before he found out.

"Kris is hurting, but we're here for him. It's not a nice situation."

Despite William's claims, a representative for Kim has said he knew about the divorce before it was made public.