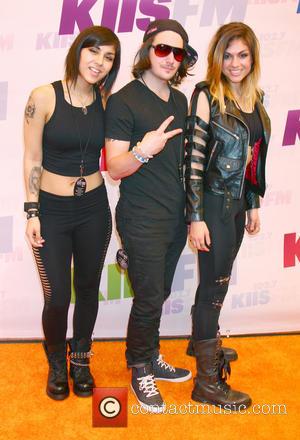 Electronic dance music group Krewella are facing a lawsuit from their former managers for unpaid services.

Barbara Kennedy and Terry Casey, who have worked with Madonna, Lady Gaga and Bob Marley, claim they helped the group, consisting of Jahan Yousaf, Yasmine Yousaf and Rain Man, go from "functionally and substantially unknown on the national scene," to a chart-topping band without being paid for their services.

Attorney Jonathan Plaut tells the New York Post, "They're living out of a van. They don't know anybody. Nobody knows them.

"Terry and Kennedy work with them for over a year. They introduce them to Sony, to promoters..."

In 2012, the band allegedly emailed a letter to Casey and Kennedy claiming they needed to "move on" without an explanation and in 2013, three years after meeting their managers, Krewella's first album, Get Wet, hit number one on Billboard magazine's dance chart.