Krept And Konan And Stormzy Double Winners At Mobo Awards 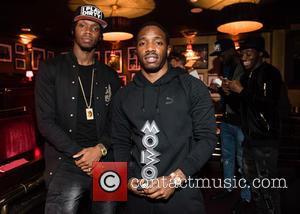 Krept and Konan, who went into the ceremony with four nominations, were honoured with the Best Hip-Hop Act prize, as well as Best Album for their debut effort, The Long Way Home.

For the second year in a row, Stormzy was named the Best Grime Act, and he was also handed the accolade for Best Male Act, beating out the likes of Krept and Konan, Mark Ronson, Skepta, and JME.

Crazy singer Cee Lo Green was given the MOBO Outstanding Achievement Award in recognition of his successful career.

"I am honoured by this acknowledgement, especially so young in my career," the 41 year old said as he accepted the prize. "And it is all the incentive anyone would need to continue doing what I love."

Naughty Boy, Rita Ora and Lianne La Havas were among the performers during the event at the First Direct Arena in Leeds, England.

Krept And Konan And Stormzy Double Winners At Mobo Awards