When tickets went on sale for Kraftwerk’s show at Tate Modern, the flurry of excited ticket buyers was so fierce that the venue’s website failed to cope under the pressure. Angry fans directed their ire at Tate Modern; it seemed that even a £60 per ticket costs was not enough to deter a slew of Kraftwerk enthusiasts from desperately trying to get their hands on a chance to see the German electro pioneers.

Each night, the band will showcase one of their albums in its entirety, at the gallery’s Turbine Hall. Last night was the first of the band’s shows and saw them play their classic 1974 album Autobahn in full, along with ‘The Robots,’ a single from their 1978 album The Man Machine. The audience was described by the BBC as “mostly middle-aged male fans” who “cheered and clapped” as the show began. Writing for The Guardian, Alexis Petridis gave the evening a 5/5 thumbs up. The evening began, he writes, with an “almost palpable air of disbelieving excitement.”

All signs seem to suggest that the Kraftwerk concerts were a real vision to behold. With 3D graphics buoying the atmosphere. The singer Imogen Heap posted an excitable tweet about the evening’s entertainment, accompanied by a snap of her and her friend in the 3D glasses, saying “Here's ‪@GuySigsworth + I in uber cool compulsory 3D specs. Incredible visuals+fat sound! So many good tunes Kraftwerk!” Despite the ticketing drama, then, those that were lucky enough to get their hands on a ticket seem to consider it well worth the £60 fee. 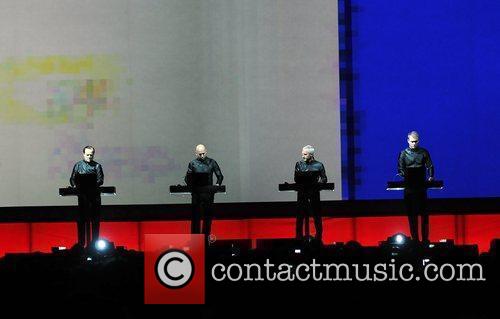 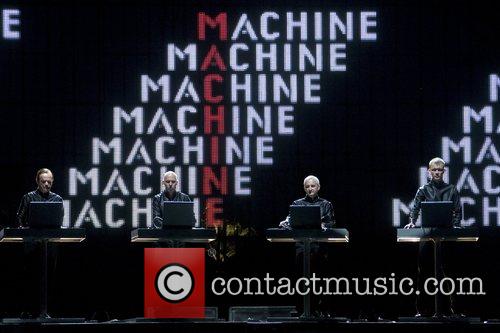 Kraftwerk at Coachella, in 2008

Kraftwerk To Release Trailblazing Collection '3-D The Catalogue' This Summer

Kraftwerk To Be Examined At University Conference

Kraftwerk At The Tate Modern Fry The Critic's Hard Drives

Kraftwerk at the Tate: One Original Member Left, So Is It Just a Tribute Band? Does It Matter?