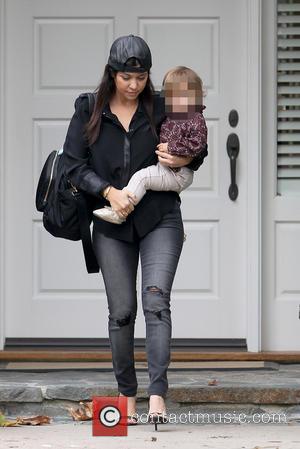 Reality Tv star Kourtney Kardashian's alleged one-time lover is taking her to court in a bid to prove once and for all he is the biological father of her four-year-old son.

Michael Girgenti is hoping a judge will order an official Dna test, which will end the debate about young Mason's paternity once and for all.

Kardashian insists the Los Angeles-based model's romance claims are completely untrue and she revealed that a Dna test she requested in August (13) proved her longtime boyfriend Scott Disick is her son's father.

But Girgenti is calling her bluff, insisting he had unprotected sex with Kim Kardashian's sister in March, 2009, while she was on a break from her relationship with Disick.

He tells In Touch magazine, "I just want the truth to come out. At this point, I have nothing to say to her, but, if I am the father, I need to be slowly integrated into Mason's life before more time passes. If I'm not, I can rest at ease - and everyone can move on."

He's hoping a judge will order an independently administered Dna test in court on 16 December (13).