Kourtney split from longtime partner Scott Disick nearly a year ago, but is she now ready to date?

After splitting from longtime love Scott Disick, Kourtney Kardashian has let her love life take the back seat for the past year. But the 37-year-old reality star found herself thrown into the deep end of the dating world on Friday (May 20th), when sister Kylie Jenner signed her up for dating app Bumble. 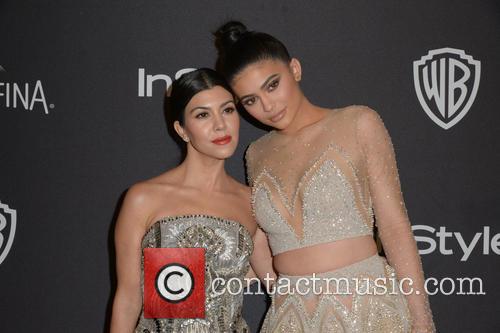 Kylie Jenner has signed Kourtney Kardashian up for Bumble.

On her snapchat Kylie posted videos of her unwittingly signing Kourtney up for the app, which works like Tinder except only women can initiate conversations with their matches. "I have Kourtney's phone, I know her password," Kylie said on Snapchat.

”I think she needs to be on Bumble.” Kylie then proceeded to create a profile for her sister on the app, which included pictures of Kourtney and listed her alma mater as the University of Arizona, which she graduated from in 2001.

But Kourtney soon found out what her sister had done and took to her own Snapchat to tell fans, "You guys, Kylie is crazy.” But speaking to E! News, Kourtney said she thought the app was a great idea.

“That's what sisters do." Kourtney said. "But it's cool that the women are in charge. It's a great idea". However we’re yet to find out wether or not Kourtney decided to keep the app, or if she’s now plotting revenge against her also single sister.