Kourtney Kardashian and Scott Disick may be ''amicable'' for the sake of their children, but she has no interest in a reconciliation. 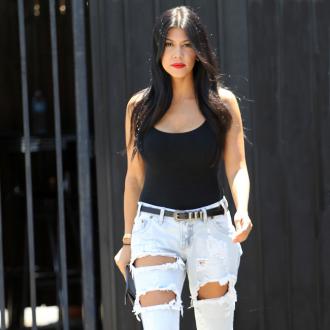 The 36-year-old reality star ended her relationship with the 32-year-old model two months ago and though they are now ''amicable'' for the sake of their three children, Mason, five, Penelope, three, and nine-month-old Reign, she doesn't want to get back with him.

A source told Us Weekly magazine: ''They're amicable for their kids, but Kourtney is officially done.

''It's hard for her, but she's moving in the right direction.''

Kourtney ended her nine-year relationship with Scott because she was sick of his hard partying, and despite the fact he misses his family, her former partner doesn't want to change his ways.

The source said: ''Scott misses his family, but it's not enough to motivate him to change. He doesn't have the constitution to cure himself of his issues.''

Instead of worrying about her relationship, the 'Keeping Up with the Kardashians' star is focusing on herself.

A source previously said: ''Kourtney's dedicated to getting in shape. She's embracing being a sex symbol again!''

Kourtney dumped Scott after he was photographed cosying up to an ex-girlfriend while on holiday in the South of France.