Kourtney Kardashian is furious with Scott Disick for going out partying in New York while she minds their children. 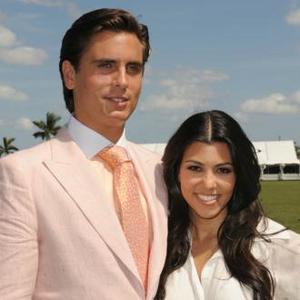 Kourtney Kardashian is furious with Scott Disick for going out partying while she minds their children.

The reality TV star - who has son Mason, two, and daughter Penelope, born earlier this month with the businessman - is annoyed he enjoyed a night out with their pals Mel B and Jonathan Cheban at his restaurant in New York last night (25.07.12).

A source told Hollywoodlife.com: ''Scott was having a really good time. He just got back from partying in Miami and you'd think he'd be exhausted but he's not. Kourtney's home taking care of Mason and Penelope by herself. Scott doesn't act like a guy that has a newborn at home.''

Scott is in New York to co-host ABC's 'The View' tomorrow (27.07.12) but Kourtney doesn't understand why he insists on partying.

The source added: ''Kourtney is furious. She knows he's there for work but she doesn't understand why he has to be out drinking and partying.''

Kourtney and Scott recently revealed they are in therapy in order to keep their relationship strong.

She said: ''He's grown so much over the years. I love seeing him as a dad - he's great with Mason - and I'm not saying that we're perfect. We go to therapy, which helps us a lot. I think we're always working to better ourselves, which I think a lot of people can do.

''I could go into the therapy session despising him, but by the time I leave - even if he's not in there - I feel like I understand him so much more.''