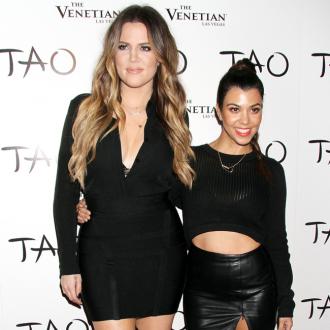 Khloé Kardashian went on a double date with Kourtney Kardashian on Saturday night (31.05.14).

The 29-year-old beauty and her new boyfriend, French Montana. enjoyed an intimate dinner at Philippe Chow in New York City with her older sister and her long-time partner, Scott Disick, according to gossip website RadarOnline.com.

The couples were also spotted together last month in Los Angeles despite sources close to Khloé previously claiming that her family didn't approve of her new romance.

Shortly beforehand an insider said: ''Kim thinks French isn't a good fit for Khloé and doesn't want some random guy at the wedding.

''Momager Kris Jenner has also weighed in, saying it's to soon to bring French to family functions. This relationship isn't serious according to Khloé, she just wants to have some fun after all of the drama with Lamar.''

The 'Keeping Up with the Kardashians' star began dating the Moroccan-born star, 29, in April following her split from estranged husband Lamar Odom in December.