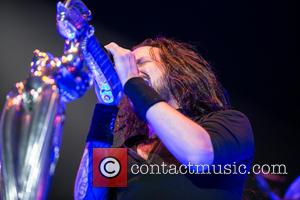 A Maryland man is suing concert promoters Live Nation after he broke his back at a Korn concert last year (May13).

Kenneth Miller claims he was at the Fillmore Silver Spring gig with his son, who was celebrating his 17th birthday, when a crowd surfer landed on him, knocking him to his knees.

The plaintiff had to crawl out of the arena because he was in so much pain and when he alerted venue staff to his predicament, they accused him of being drunk.