What a year this has been - 2016 has been the year that rock music has been yearning for since the turn of the decade.

Just from bands that didn't make the final ten, we've seen stunning new British bands break through in the likes of Milk Teeth and Zoax, while the Dillinger Escape Plan signed off with a record that eclipses even their own impeccable standards.

Never before has a list changed shape and order so often, and had so many records conspicuous for their absence. These ones, however, have made the cut...

Korn - The Serenity of Suffering

This is the best Korn album in years, and for a band as consistent as Korn, that's saying something. That they, now in their third decade as a band, can still sound as modern and progressive as they do is testament to the band. The likes of The Next In Line and Black Is The Soul seep into your bones after a while, and that its singles stand comfortably alongside their hits in the live environment is a hallmark of their quality.

Enough to bring those still grief-stricken about The Gaslight Anthem's indefinite hiatus, frontman Brian Fallon's Painkillers is an exercise in perfectly constructed songwriting. It's evident that the record is one that he's happy with, and his personality & flair shines through the likes of Smoke and Steve McQueen. If this is the album he wanted to write, then more power to him.

Nails - You Will Never Be One Of Us

Never heard of Nails? Think polar opposite to Mr Fallon's acoustic songwriting. This is pure, white hot anger and aggression.

Confrontational and abrasive, You Will Never Be One Of Us is a relentless experience and clocking in at just 21 minutes, it turns up, kicks you in the teeth, spits on you and leaves before you can even realise what had just happened. Eight of those 21 minutes? One song.

Normally this'd be higher on the list, any record that makes the hair on the back of your neck stand up and provides rollercoaster-level of adrenaline should be celebrated but in a moment of heart ruling head, Nails' decision to abandon their plans to come to Europe (dick move), keeps them in eight.

If Nails were pure aggression, Heck's Instructions is the sonic equivalent of a runaway train, set alight and sailing through the Wild West. Out of control, sheer, unbridled anarchy.

It's bristling with hooks, ideas and ambition, too. The Great Hardcore Swindle is easily one of the songs of the year, and for the band to have the confidence to end the record with a three-part, 18-minute epic is a massive statement of intent. Welcome to the party.

Misery. Need I say more? Misery. MISERY. A song so good its EP makes number six without even trying. It's not hard to imagine this being belted out Mercury-like across stadia in the future. The other four tracks aren't bad either.

Masked Intruder - Love and Other Crimes

Not familiar with Masked Intruder? Give Love and Other Crimes a whirl. Just try and listen to it without a smile on your face, I dare you. From the gleeful riff on La Bamba in Running From The Cops, to the wonderful wordplay in First Star Tonight, it's upbeat, tongue in cheek.

It's not elaborate or challenging, but it it's an exercise in joyous pop-punk that stands out in a year in which that scene has taken a back seat.

What a reaction this is. With a general malaise toward Metalcore in general, Bury Tomorrow chose not to reinvent their wheel after second record Runes failed to really stoke their fire, instead refining and focusing it. Earthbound is tight, concise and without a spare second. Cemetery could lay a claim to be the best song of their career, and with these ten songs under their belt, Bury Tomorrowhave gone from strength to strength in the last nine months, laying a strong claim to being the most improved band of 2016.

Letlive - If I'm The Devil

This is something new. Sprawling, expansive and exciting, Letlive are flexing their considerable muscles with If I'm The Devil... and it's a move that reaps rewards.

The incendiary elements that had defined their early career are still present, but used sparingly and to excellent effect. Another Offensive Song wouldn't sound amiss on Fake History, while A Weak Ago could be a centrepiece of their live sets for the foreseeable future.

Lyrically, Jason Butler once again sets his sights on injustice - Good Mourning America is a scything razor blade with sights set on police brutality, but it's the gentle, ominous 'we all came to watch your world as it burns' that defines Copper Coloured Quiet that proves how big a step they've made. While Letlive's introspective early nature may have taken a back seat, they remain one of the most exciting bands on this planet, and with If I'm The Devil, they're gearing up to take it.

Every Time I Die - Low Teens

THE guitar album of the year. More riffs per song than any other release, and it's arguably the best album of Every Time I Die's career. The likes of Two Summers and It Remembers point toward a band who could age disgracefully, all rock & roll swagger and southern rock vibes. Then there's the hundred mile an hour, head down approach to Glitches, Petal and Awful Lot, the latter complete with lilting piano to close. Wonderful.

Hearing Keith Buckley's stunning turns of phrase never gets old, and hearing 'I won't be here for the hangover, but I'll come running and raise a glass' causes a gleeful air-punch every time.

The deluxe version - normally a graveyard for B-sides or demos - adds even more. Ending the expanded cut with the wonderful Nothing Visible; Oceans Empty rounds out the experience beautifully. A stunning piece of work, from one of the most consistent performers in rock music.

Architects - All Our Gods Have Abandoned Us

The finest art is produced in times of struggle, and never has that notion been encapsulated as fully as with Architect's All Our Gods Have Abandoned Us. The tragic passing of guitarist Tom Searle in August, three months after the album's release, has added another layer to the record that in all honesty would have occupied this spot from week one.

This is an album defined by a potent combination of exquisite musicianship, politically charged and impactful lyrics and career-best performances from every member of the band.

From the moment that Nihilist's vehement rhetoric and pulse pounding riff begins, to the closing journey of Memento Mori - a career-defining eight minutes of a band truly at the peak of their powers, All Our Gods Have Abandoned Us provides light, shade, anger and spite in spades.

The messages have never rung truer either, Phantom Fear's cry of 'our fellow man is now our enemy' captures the zeitgeist of 2016 perfectly, and Downfall's chorus rallying call is stirring and powerful.

A true statement in heavy music, from one of the most important bands in this landscape. 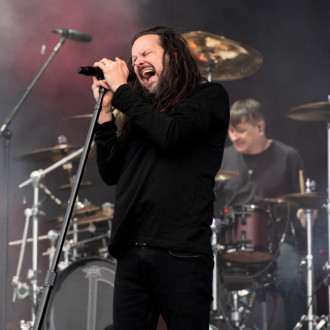