Review of Untitled Single by Korn 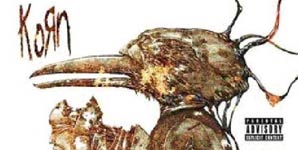 It comes to something when you have to court interest and possible controversy by not giving your latest release a title. Pretentious? Moi?

Never mind that though - what of the music? This is actually one of the more pleasing offerings from Korn from the last few years. It sounds quite relaxed in some ways, as though the band have just let their creative juices flow and recorded the result. To their credit, Korn have never really compromised themselves in the way that many other bands do. Solid, heavy debuts often lead to watered down, weak offerings as time goes on. Korn seem to have avoided this over the years - their heaviness has been complimented with some excellent songwriting and innovative production and experimentation.

There are some real stompers on here - Innocent Bystander and Killing to name but two, but the really clever stuff comes when the heaviness is married to the experimentation a la Starting Over.

One of the few bands to have shaken off their Nu-Metal roots and strode forward with some integrity and passion, Korn prove with this that they can still cut it as we approach the end of the first decade of this new century.