By Scott Causer in Music Reviews on 07 February 2011

Kontakte follow-up their debut Soundtrack For Lost Road Movies with 'We Move Through Negative Spaces' their most accomplished work to date. No evidence of any difficult second album syndrome here. Indeed evidence points to the contrary with an EP release prior to the album of which no tracks appear on the album. Instead the band have chosen to continue progressing, honing their sound and as a result have made several significant steps forward. 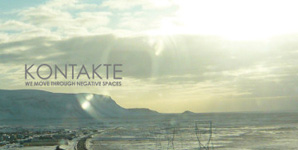